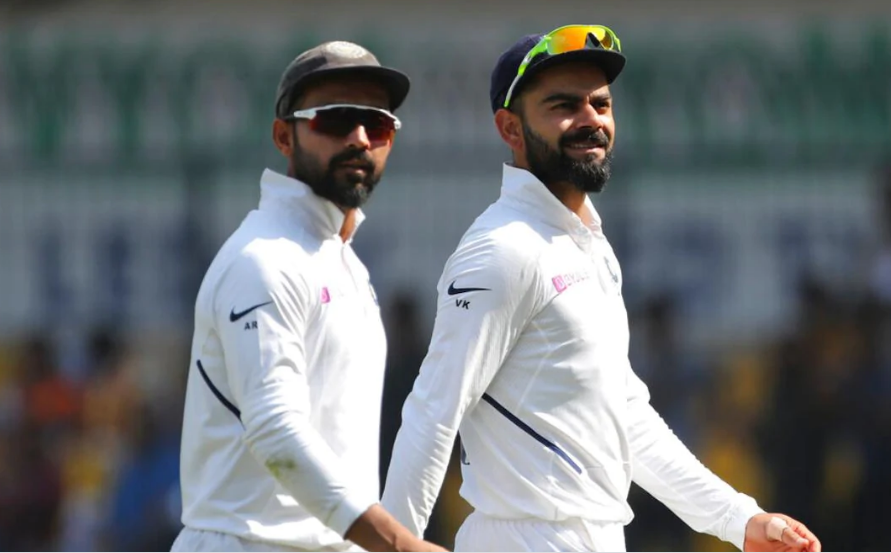 Virat Kohli returns back to lead the Indian team in the upcoming Test series against England starting from February 05. He missed the final three Tests against Australia as he had to return back to India for the birth of his first child. Meanwhile, Ajinkya Rahane led India in the final three Tests and beat Australia 2-1 to retain the Border-Gavaskar trophy. In the process, he maintained his unbeaten streak as Team India skipper in Tests. After he led India to a historic win, talks of him being appointed as full-time Test skipper started making news in the media.

However, Rahane has clarified his stance on the matter. Talking to PTI after reaching Chennai for the Tests against England, he said that Virat Kohli will remain as the Indian skipper and he is happy to serve as his deputy.

“Nothing changes. Virat was and will always be the captain of the Test team and I am his deputy. When he was absent it was my duty to lead the side and my responsibility to give my best for Team India’s success,” Rahane, who was on his way to Chennai, told PTI in an exclusive interview.

For the Indian vice-captain Rahane, it was all about performing the responsibilities as captain and just not be the captain for the sake of it.

“It’s not the matter of merely being a captain. How you perform the captain’s role is what’s more important. So far I have been successful. Hopefully, in future also, I will try to give these kind of results for my team,” said the man, who has led his country to four wins in five Tests.

He said that his relationship with Virat Kohli has been one of good friendship and mutual respect. “Me and Virat have always shared a good bonding with each other. He has time and again praised my batting. Both of us played memorable knocks for our team in India and overseas conditions. It only helped that Virat comes at No.4 and myself at No.5. We have had a lot of partnerships,” the 32-year-old said.

It was Ajinkya Rahane’s ton in the Melbourne Test which triggered the other batsmen in the team to contribute in the team’s cause. The likes of Shubman Gill, Rishabh Pant, Hanuma Vihari and Ravichandran Ashwin all performed with the bat after the inspiring knock from the skipper. He will back to batting at number five after the return of his skipper at four.

Back to Top
Close Add post
X
Australia Announce Squads For South Africa Tour; Matthew Wade Axed From Tests…CricketMatthew Wade, who opened for the first two Tests against India has been dropped from Australia’s squad for the upcoming Test series against South Afri…

He Is My Captain & I Am His Deputy: Ajinkya Rahane On Virat Kohli's Return

X
Jonny Bairstow Reacts After Being Dropped From First 2 Tests Vs India…CricketEngland wicketkeeper Jonny Bairstow has been dropped from the first two Tests against India to be played in Chennai from February 5. Bairstow, Sam Cur…
close