Home EntertainmentBollywood I want to enjoy both, acting and life: Supriya Pathak

I want to enjoy both, acting and life: Supriya Pathak 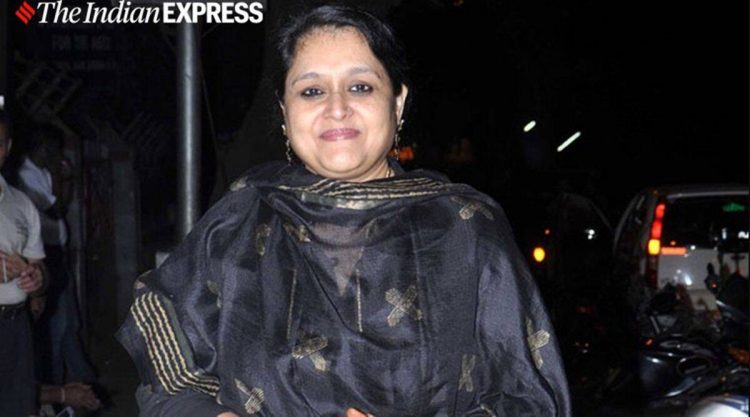 Veteran actor Supriya Pathak says she is not choosy with her projects but wants to work in movies that are interesting and worth her time.

Pathak, a formidable talent with more than three decades of experience across mediums, says a lot depends on the kind of roles producers offer her.

“I have to be offered something which is worth it and is interesting. It depends on producers. I have no idea why don’t they offer (such roles)? I am waiting. I enjoy working very much, I am not choosy. I would love to be part of every film that’s good,” Pathak told PTI in an interview.

The 59-year-old actor, who is awaiting the release of actor-friend Seema Pahwa’s directorial debut Ramprasad Ki Tehrvi, said she is not looking for a lot of work.

“I want to enjoy both my acting and life. I am happy to do whatever good (work) comes my way,” she said, crediting her mother, late actor Dina Pathak, for inculcating the habit of reading in her and actor-sister Ratna Pathak Shah.

Pathak said reading and writing kept her busy during the months of lockdown. “In my free time, I read a lot, watch shows, listen to music, cook, write short stories and spend time with my grandchildren. Everyone said they got bored in lockdown but I had so much to do. Hats off to my mother because she would insist on us reading. We would get only books on birthdays and because of that, I don’t know what boredom is.”

Ramprasad Ki Tehrvi, Pathak said, gave her a chance to collaborate with a bunch of talented artistes such as Naseeruddin Shah, Manoj Pahwa, and Konkana Sen Sharma.  “Working with good actors is a pleasure as acting is all about reacting.”

Pathak may have known Naseeruddin Shah for a long time but she said she still gets nervous in front of him, adding he always pushes her to do better. The duo play a couple in the film, slated to be released on Friday. “He is my senior, there is also a personal journey and on sets there is an ease because you know the person well. But it doesn’t help when you are acting as you are playing a character. The equation between Amma and Bauji is different from the equation we share in real life so it has to be transformed into our characters,” she said.

The film revolves around a middle class north Indian family which comes together for 13 days to perform the ‘tehrvi’ function after the head of the family (played by Naseeruddin Shah) passes away.

The actor said when Pahwa came to her with the script, she wasn’t expecting to be cast in the film. “Seema and I have known each other for a very long time. She is a close friend. She had written this script and when I heard it, I said, ‘interesting’. I thought she was sharing to get a reaction or suggestion. I was more than happy to be part of her film as an actor.”

The script had such stand out moments depicting loneliness and family dynamics, Pathak said, she had very little to add to her role. “Everything comes from a script, even for your character. One of the things an actor works on is creating background for their part.”

The actor also revealed that her daughter Sanah Kapur has played Pathak’s younger version in the film. Sanah Kapur has previously acted in Khajoor Pe Atke and co-starred with her father and half-brother Shahid Kapoor in Shaandaar.