India vs England Test Series: A cricketing nation against the old colonial rival 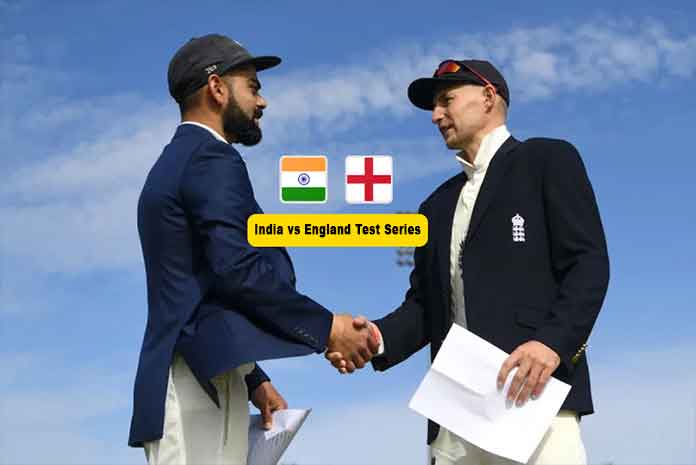 India – England Cricket Rivalry: The India-England cricket rivalry will attract as many eyeballs as an India-Australia or India-Pakistan series traditionally has. The contest between the two sides is of high significance, with many of India’s pivotal achievements as a cricketing nation coming against the old colonial rival.

India, in fact, has played the most number of Tests against England: a total of 122 Tests. Going right back in time, India’s initiation as a Test-playing nation, of course, came against England at Lord’s in 1932 and its first-ever Test victory also came against the same opponents in 1952.

While many of the early contests were largely dominated by England, India gradually began asserting itself as time wore on and the chasm between the two sides became narrower. India’s first-ever series victory against England came at home in 1961-62 while Ajit Wadekar’s men – in 1971 – became the first Indian team to come back from England with a series win under their belt.

In more recent years, Sachin Tendulkar, of course, introduced himself to the cricket world with a maiden Test century against England at Old Trafford in 1990. It was the first of many tons and the beginning of an illustrious career that the Mumbaikar would carve for himself. Among the most important of his 51 Test hundreds was arguably the one against England in Chennai in 2008, considering that it came in the immediate aftermath of the 26/11 terror attacks in Tendulkar’s home city. An emotionally-charged Tendulkar scored an unbeaten 103 in the fourth innings to help India chase down 387.

England lost that two-Test series 1-0 but came back four years later and won a series in India for the first time in 28 years. Alastair Cook scored a mountain of runs having just taken over the captaincy, while Kevin Pietersen produced a masterful 186 on a turning track in Mumbai to put aside his issues – albeit fleetingly – in the England dressing room.

Cutting to the present, both India and England couldn’t be more confident coming into this series. India, of course, is heading into it on the back of a historic series triumph in Australia. England, too, has had ideal preparation in the wake of a 2-0 series win in Sri Lanka. England’s series triumph was orchestrated by the brilliance of Joe Root as a batsman.

One of the crucial aspects of this series will be how Virat Kohli and Root fare with the bat. If India can keep Root quiet and limit his run-scoring, the team will go a long way towards restricting England to below-par totals. For the England bowlers, meanwhile, plans to contain Kohli will occupy a big chunk of their team meetings. While India has other in-form batsmen capable of scoring big in home conditions, none of them are as dominant as Kohli is at his best. During the last series between the two teams in 2016, Kohli was in scintillating form with a mammoth tally of 655 runs in five Tests at an average of 109.16.

While Kohli and Root are prolific run-getters for their respective teams, the way they play against spin provides for a stark contrast. While the Indian captain is more conventional in his approach, his England counterpart loves to employ his wide repertoire of sweep shots to unsettle the spinners. Since 2018, Root averages 300 when playing the sweep, which shows his infallibility while attempting the stroke. Root’s method is emblematic of how England batsmen have traditionally looked to play against spinners in the subcontinent. Many old-timers will remember how Graham Gooch swept his way to a century against India in the semifinal of the 1987 World Cup.

Their methods might be different, but as they have shown over the last 7-8 years, their individual styles work for them and have helped them become the household names that they are. The India-England series will drive huge eyeballs & fan interest to see two modern batting greats go about their business and revel in their excellence.