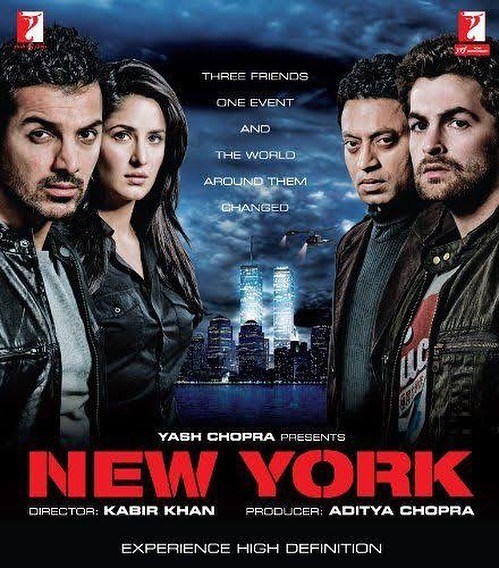 Actor Neil Nitin Mukesh took to his social media and celebrated 12 years of Newyork and working with late Irrfan Khan in the multi-starrer drama.

Kabir Khan directorial under the banner Yash Raj Films, the film starred John Abraham, Katrina Kaif, Neil Nitin Mukesh, Irrfan Khan and Nawazuddin Siddiqui, and tells a story about 3 friends studying at the fictional New York State University whose lives are changed by the September 11 attacks and its aftermath.

Neil Nitin took to his social media and wrote a beautiful note about working with Irrfan Khan, it read, “12 years to this beautiful film directed by my dearest @kabirkhankk. It was a great learning experience being on his sets. Made some wonderful friends in @thejohnabraham, @katrinakaif and our beloved @irrfan sir as super awesome costars. Had the opportunity to witness the greatness of a then underrated actor @nawazuddin._siddiqui. A film I can say truly enjoyed every moment making. Great memories. Times go by but moments spent on the sets will live with me forever. #tunejonakaha #newyork #12yearstonewyork”

The film received universal critical acclaim, particularly for Kaif and Nitin Mukesh’s performances, which earned them nominations for Best Actress and Best Supporting Actor respectively at the 55th Filmfare Awards.

Meanwhile on the work front, Neil was last seen Bypass Road, with which he turned producer. The film was helmed by Naman Nitin Mukesh.

He also appeared in Saaho, a multilingual film directed by Sujeeth, playing an antagonist Jai aka Ashok Chakravarty.