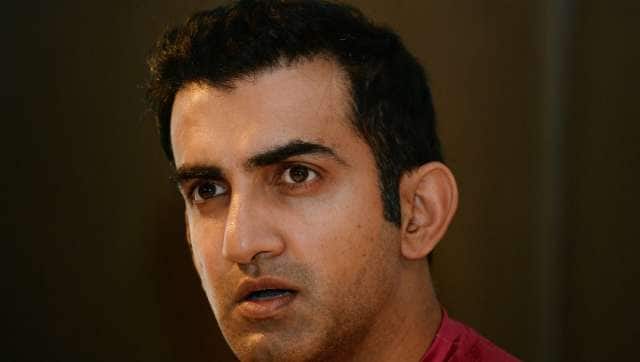 New Delhi: Detachment comes easy to Gautam Gambhir just like the inside out lofted shots over extra cover that he was famous for. And that’s one major reason why he cannot understand the immense sense of nostalgia around India’s 2011 World Cup conquest despite being among the chief architects of that momentous night which completes 10 years on Friday.

Gambhir was one of the heroes of that final on 2 April, 2011, scoring 97 priceless runs which set the platform for Mahendra Singh Dhoni to finish the game with that six for the ages.

“It doesn’t feel like yesterday. Not for me at least. It’s been what, 10 years now? I am not a person who looks back too much. Obviously, it’s a proud moment but you know what, it’s time for Indian cricket to move forward. Probably, now it’s time that we win the next World Cup ASAP,” Gambhir, now a member of Parliament, told PTI in an exclusive interview.

But how can one be so dispassionate about the best day of his cricketing career?

Gambhir feels that people shouldn’t go overboard about past World Cup wins because the players who competed were meant give it their best shot and they did so as their professional duty.

“There were no such emotions as far as I was concerned. We didn’t do anything extraordinary, yes we made the country proud, people were happy, it’s time to move on to the next World Cup,” he said in a matter of fact manner.

At times, Gambhir feels that “looking backwards” might be a reason that India has had such limited success at marquee events despite a steady stream of world class cricketers.

“Probably, India would have been considered super power in world cricket if we had won the 2015 or the 2019 World Cup. It’s 10 years and we haven’t won another World Cup. That’s why I never go too overboard with things that ”oh this is a special achievement.”

“If I got 97, I was supposed to get those runs. Zaheer Khan’s job was to pick wickets. We were supposed to do our jobs. What we did on 2 April, we didn’t do anyone any favours.

“I simply don’t understand, why people just keep going back and get that high of 1983 or 2011. Yes, it’s nice to talk about it and it’s ok. We won the World Cup, but its always good to look ahead instead of looking back.

“More we look backwards, we would never able to move ahead,” the straight-talking Gambhir said.

On a different note, did it help that the “class of 2011” had a settled look for close to one year and did not have the many options that Virat Kohli’s team has at the moment?

Gambhir, with a note of caution, said that multiple options is something that cuts both ways.

“It’s very important to have a settled unit. A settled squad. Had India tried more players during that 2011 World Cup also, we would have got 3-4 players for every slot. More players you try, more options you will get. It is as simple as that.”

“You need to have a settled 15-16 at least six months or a year before the World Cup…we played so much cricket together, and that is the reason of our success.

“All great teams that have won global events whether India, West Indies or Australia, have always had a settled squad for a six months period.”

“More players, you try, what are you going to achieve out of it? You will only create more competition and more insecurities and only probably create less opportunities for players you think will win the World Cup.

“That (2011 team) was such a settled unit that people knew two or three months before that World Cup, we are going to be there.”

Did he feel bad that after doing well in the opening, he had to come at No 3 since Virender Sehwag was opening alongside Sachin Tendulkar?

“All this nonsense that I keep hearing, ”I prefer opening the batting, I prefer batting at No 4 or 5”, it’s absolutely ridiculous. There is no such thing or there shouldn’t be any such thing.”

The 11 who featured in that final never played together again. That should definitely trigger some nostalgia. For Gambhir, however, it is more of an unanswered question.

“I know that’s probably the worst thing. Bhajji once told me that. Probably the better person to ask the question is the erstwhile coach (Duncan Fletcher who took over immediately after Gary Kirsten’s departure at the end of the World Cup), the captain (MS Dhoni) and the selectors (K Srikkanth and Co).

“I don’t think this has happened in international ODI cricket history that a team that won a World Cup never played a single match together again.”