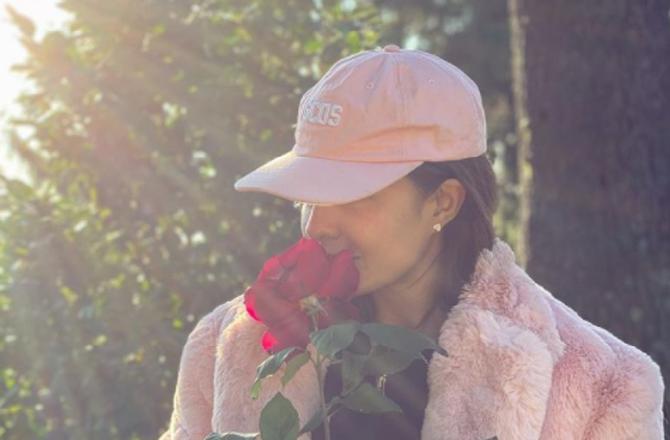 Bollywood actor Jacqueline Fernandez on Sunday announced a wrap of the Dharamshala schedule of her next horror-comedy ‘Bhoot Police’ and shared a picture of herself holding a rose.

The ‘Kick’ actor along with actors Saif Ali Khan, Arjun Kapoor, and Yami Gautam were shooting for the horror-comedy in the mesmerising location here.

Dressed in a pink fur coat and matching cap, the ‘Judwaa 2’ star stood amid the rich flora of the hilly region. In the backdrop, one can catch a mesmerising view of the breathtakingly beautiful location, as the sun shines amid the shrubs.

Directed by Pavan Kirpalani, produced by Ramesh Taurani and Akshai Puri. The makers had earlier announced that the movie will be filmed in Dharamshala, Dalhousie, and Palampur.