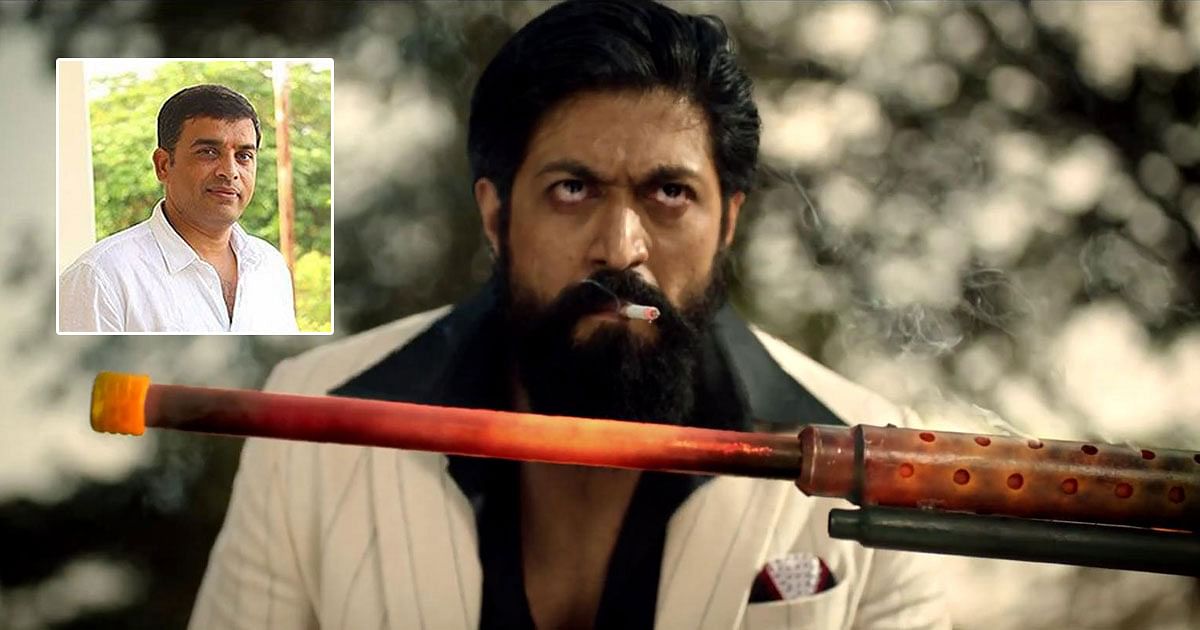 In the last few days, we have seen a huge number of big-ticket releases announcing their arrival dates, but it isn’t affecting a bit on KGF Chapter 2’s buzz in the market. Now, the latest report that’s coming in from Yash starrer’s camp is about a deal of its Telugu distribution rights. It’s producer Dil Raju who has won the game!

Earlier, it was speculated that Telugu production house, Vaaraahi Chalana Chitram will be distributing KGF’s second instalment. The banner had distributed the film’s first part for the Telugu version. But as the makers decided to cash in on the ongoing hype around the thriller saga by demanding a whopping sum, many banners including the aforementioned one, took a step back.

Reportedly, the makers of Yash’s KGF Chapter 2 made a demand of 70 crores to make a deal of Telugu distribution rights. Not the same amount, but it’s learnt that Dil Raju has cracked a bumper deal in 65 crores. If reports are to be believed, Vaaraahi Chalana Chitram had purchased rights of KGF Chapter 1 for just 5 crores and earned a profit of more than double.

As per insiders, the deal is a big gamble for Dil Raju. But there are some experts who are calling it a jackpot for the Tollywood producer considering the enormous buzz around KGF Chapter 2. Let’s see what really happens at the box office.

Must Read: Exclusive! Ravi Dubey On Viewers Limiting Jamai Raja 2.0 Season 2 To Kissing Scenes: “Look At What Kabir Singh Turned Out To Be”