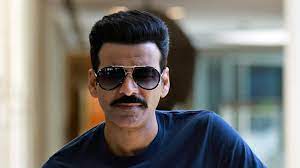 There has been a huge spike in COVID cases in our country and several actors have been prey to the virus too. One of the actors who tested COVID positive earlier this week was Manoj Bajpayee. The actor was shooting for Kanu Behl’s film Despatch when he contracted the novel virus.

Today he spoke to a leading daily and opened up about being tested positive and how he dealt with it. In this candid interview, the actor said that he was most worried about his daughter. Since he has his little one at home, it was truly difficult for him and first panicked about her safety. He made sure that she stayed away from them despite being in the same house and maintained distance for her safety.

He further added in the interview that he has been following the protocols from day one. He has completed dubbing for The Family Man 2 and Despatch and despite working throughout the unlock phase, he was thoroughly careful and made sure to follow the new-normal guidelines. However he voices his angst saying that he has to suffer this because of other people’s carelessness.

Manoj Bajpayee has some back-to-back films and web series lined up. But due to his condition, not only the film Despatch came to a halt, but his other dates and schedule also got shifted which created havoc in his busy diary. Here’s hoping the actor gets well soon and continues with his amazing work.