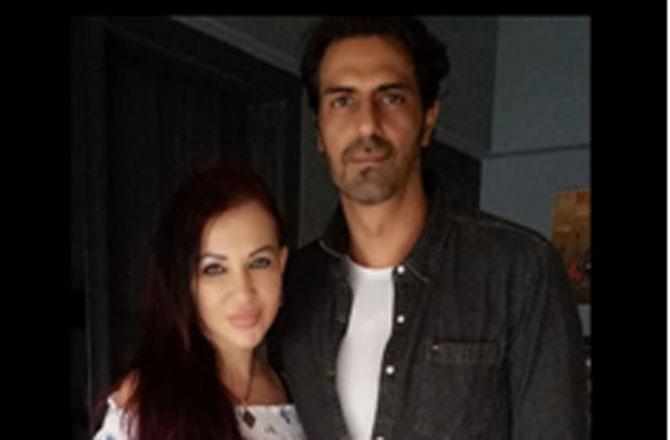 Blamer her exotic appealing looks or her passion for acting, upfront and ambitious model and actress Nataliya Kozhenova will be seen in Ramesh Thete’s next Directorial “The Battle of Bhima Koregaon” alongside Arjun Rampal and Sunny Leone.

“I play a foreigner in the film. It may not be the lengthiest role but there is a lot to my character. She is responsible for bringing multiple twists in the film”.

Nataliya maintains that she is a successful actress because of her talent, hardwork and passion. She made it on her own without any Godfather or connections in the Industry.

“I belong to a different country. But I have grown up watching films. Not just Bollywood, as children we used to watch world cinema. It was then I decided that I want I act and the industry which attracted me the most was Bollywood”

She last spelled her brilliance in a web film titled- Evil Dead Is Back, a chart buster Punjabi song Bewafaa, a beautiful romantic track Yaara opposite Rajneesh Duggal and Gandi Baat season 4.

“There is lots coming up. I am doing some great content driven projects. Excited for the audience to see it” says Nataliya.

The film will be released in the second half of 2021 in multiplexes, theatres and also on RTF company’s own OTT platform.’