Home EntertainmentBollywood Sonu Sood: I am getting offers to play the hero now

Sonu Sood: I am getting offers to play the hero now 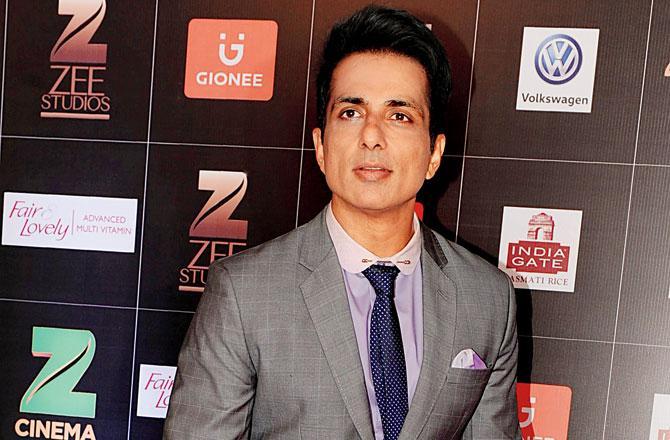 Sonu Sood became a hero of the people when he helped out countless citizens during the coronavirus lockdown. The actor helped people reach home safely, he helped them earn a livelihood when jobs and businesses were lost, and he also repatriated Indians who were studying and living abroad. Now, all that humane work is bearing him fruit that he has always deserved.

Filmmakers have started approaching Sonu Sood with lead roles in their films due to his philanthropic work for migrant workers during the lockdown. The actor, who has mostly essayed the villain, says, “I am getting offers to play the hero now. I have been offered some four to five brilliant scripts. It’s a new beginning and new innings for me. It is a new pitch and it will be fun,” he said.

Also read: Twitter User Places Sonu Sood’s Photo In His Home Temple; Actor Says, ‘My Place Is In Your Heart’

Asked how he wants to take forward his career in Bollywood, Sonu told IANS: “The kind of roles that have been offered are different. They are larger than life, and real life hero roles. Things that I have done in real life, they are trying to put that in my scripts, too, which is different. I have to make sure that I live up to the expectations and do justice with whatever I do,” he added.

The actor added that the makers of a Telugu film have changed the script according to his new image. And he does not mind reshooting it.

As of now, Sonu is seen hosting Bharat Ke Mahaveer. The series brings stories that represent the spirit of solidarity in the country, and celebrates Indians who have shown extraordinary kindness during the coronavirus pandemic.