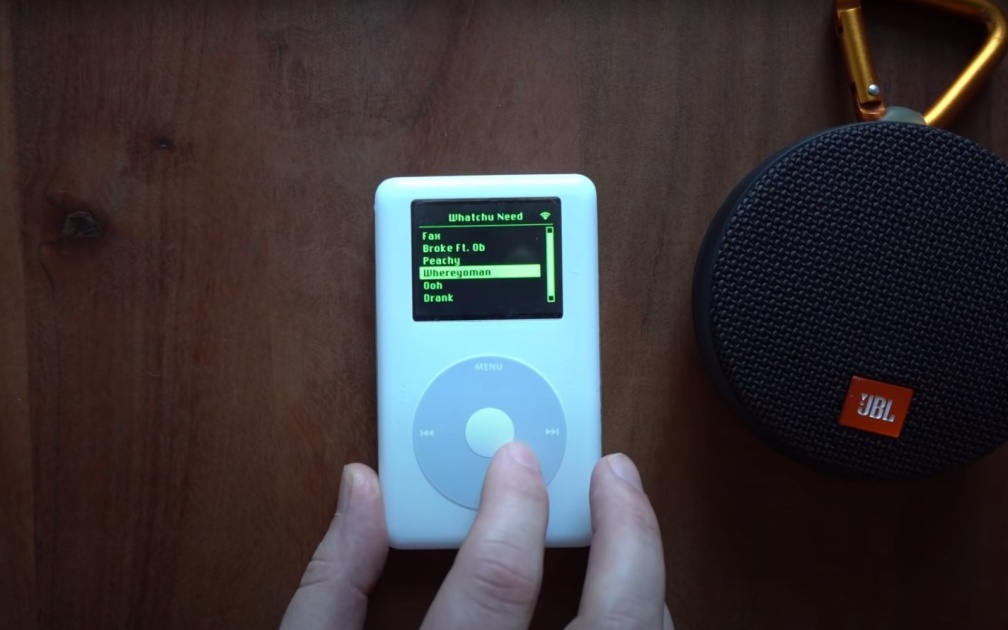 The resulting “sPot” features both WiFi and Bluetooth connectivity, allowing it to connect to both wireless speakers and headphones, in addition to a color display and 1,000mAh battery. If you’re an audio purist, you’ll hate this next part: the headphone jack at the top of the device is for show and doesn’t work. At the heart of the device is the $10 Raspberry Pi Zero W. There’s also a motor that creates haptic feedback when using the click wheel. For charging the device, there’s a Micro-USB port. While we would have preferred a USB-C connection, Micro-USB is definitely an improvement over Apple’s 30-pin connector (remember those?).

All told, all the components set him less than $100. Coming in at $40, the most expensive part was the color screen Dupont used to replace the iPod’s original display (the 4th-generation model was the last one to ship with a monochromatic screen). Part of the reason it was so expensive was that most manufacturers don’t make displays that small anymore since even the smallest smartphone screen is bigger than anything that came with a click wheel iPod. The fact the device works so well came down to a bit of luck. Dupont found a decade-old Hackaday article that details how one of the connectors inside the iPod work. That allowed him to make the click wheel play nice with all the other components.

The programming powering the sPot is a mix of software Dupont wrote himself and an app called Raspotify, which allows a Raspberry Pi computer to access the streaming service through the Spotify Connect API. The front-end interface he coded even allows the sPot to search for songs — though as you might imagine, with no touchscreen keyboard, it can take a while to input even a couple of characters.

If you have an old iPod sitting unused in a drawer somewhere and want to take on the project yourself, Dupont has uploaded a detailed overview to Hackaday. He’s also in the process of uploading the software he wrote for the project to GitHub.

This 2004 iPod can stream music from Spotify