Home Technology VCT 2021: Acend vs Gambit Esports – Who will take the Valorant Trophy?

VCT 2021: Acend vs Gambit Esports – Who will take the Valorant Trophy? 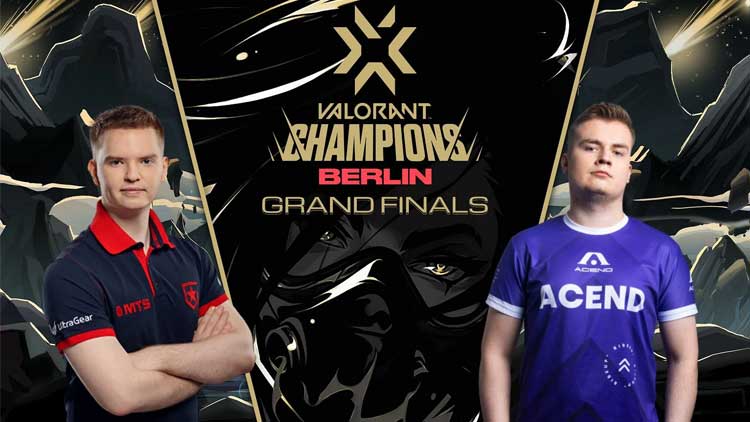 As the Valorant Champions Tour enters its final stage of the tournament, we got to see the insane comeback made by Gambit Esports during the semifinals on Saturday against the underdog KRÜ in a 2-1 victory in front of millions of viewers on of the greatest maps ever played in VALORANT history with a total of 34 rounds played in a slugfest of tactics, as well as, ACEND defeating Team Liquid 2-0 and proceeding to the finals along with Gambit Esports.

Both teams have been up and down in the champions tour and have shown to do whatever they can to stay on top and the upcoming finals are sure to expect an incredible display of skill, tactics, and teamwork from both teams.

Timofey ‘Chronicle’ Khromov has been phenomenal and is expected to be the MVP of the tournament as he has been a consistent high performer for Gambit this tournament, providing utility and making clutch plays to save entire games which will be invaluable for Gambit against ACEND, who have proven to be capable of exploiting weak points and overwhelming their opponents.

Predictions wise, polls made by fans have shown results indicating ACEND to win the finals with an estimate of 60% with a 3-1 victory in the best of 5 series. Esports journalists have predicted Gambit to win the series 3-2 if Gambit plays their cards right in the map voting.

Overall, this finals of the Valorant champions tour is going to be an exhilarating as well as jaw-dropping series. The final is on 12th December 2021 with a prize pool of USD 1 million with the champions winning USD 350k of the prize pool. The match between Gambit vs Acend is scheduled as follows: