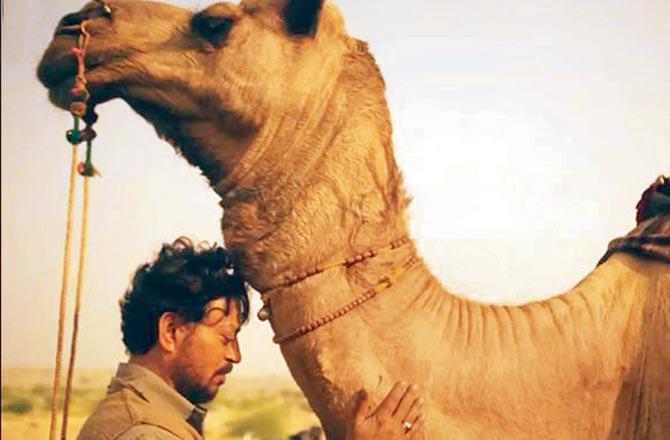 Irrfan Khan’s The Song of Scorpions, co-starring Iranian actor Golshifteh Farahani, will release in theatres early next year. Anup Singh’s directorial venture premiered at the Locarno Film Festival in 2017 followed by screenings in the festival circuit. “We will be offering the film to the audience as a tribute to the beloved star of Indian cinema. It is truly an honour to present his final performance,” said producer Abhishek Pathak. The Song of Scorpions, which also stars veteran actor Waheeda Rehman, sees the late Khan play a camel trader.

The Song Of Scorpions was extensively shot in Rajasthan, is helmed by Anup Singh, and also features Iranian beauty Golshifteh Farahani, Waheeda Rehman and Tillotama Shome.

Irrfan Khan passed away on April 29, 2020. His son Babil and wife Sutapa keep his memories alive by sharing stories about the late actor and photographs of him on social media. The actor, who was battling cancer for the past couple of years, succumbed to a colon infection at Mumbai’s Kokilaben Dhirubhai Ambani hospital at the age of 54.

Irrfan is survived by his wife Sutapa Sikdar and sons Babil and Ayaan.

Irrfan Khan made his debut with a small role in Mira Nair’s Salaam Bombay in 1988 was known for his performances in Maqbool, The Namesake, A Mighty Heart, Paan Singh Tomar, Life of Pi, The Lunchbox, Haider, Gunday, Piku, Talvar, and Hindi Medium, amongst others. His last film Angrezi Medium released in March this year.