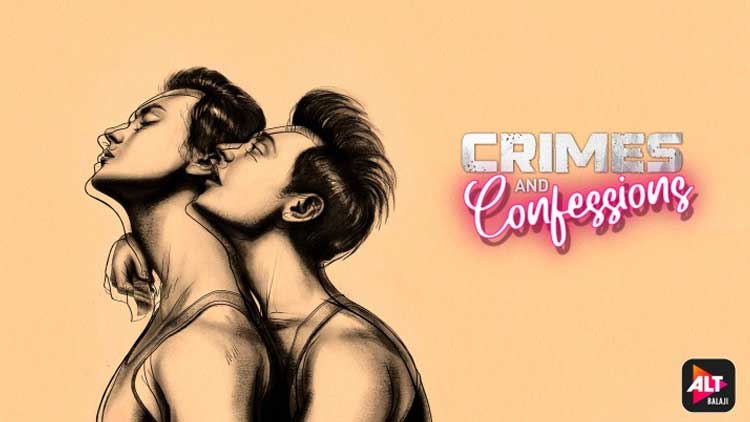 ALTBalaji is often known for stepping out of its niche and giving its audience a different story to witness and a different experience to be a part of each time. One of their most recent anthologies, called Crimes and Confessions, delivers precisely that.

As the name suggests, the series includes various stories that are not very common, yet the outrageous and fascinating confessions in each episode somehow seem to strike a chord within us. Here are the top 5 reasons that make us believe you need to give Crimes and Confessions a watch:

The show features a star cast that has already received an overwhelming response from its viewers and fans. Each episode in the series is a story that is never heard before. The cast’s ability to adapt to their roles and execute them so well flawlessly deserves so much credit.

Ankit Bathla, who has previously left his mark by working on shows such as Naagin 4 and Thapki Pyaar Ki plays the lead in one of the segments set in the pre-independence Era. We also get to see the super talented Shweta Gulati, who played Tina Ahuja in the popular 2003 show Remix, making a comeback in Crimes and Confessions. Her character of a lesbian scandalized many and also brought laurels. Some of the other actors that will definitely impress you with their performances are Samikssha Bhatnagar, Lekha Prajapati, Ankita Chakraborty, Manoj Karna, and many others!

ALTBalaji has brought the perfect blend of genres such as romance, crime, innocence, drama, youth-related stories and touches upon each of them in their episodes. Crimes and Confessions capture human feelings such as love, longing, jealousy, and greed and focus on individuality and gender politics while also taking the viewers on a journey that keeps them entertained throughout. Who would want to miss out on something like this? We know we don’t!

Crimes and Confessions is an anthology; it features five exciting stories spread over 6 episodes, each different from the other and packed with tons of thrill, excitement and drama. Each story focuses on a different theme and has something new to offer to the viewers making each episode an experience.

Available on ALTBalaji, easy on your pockets: