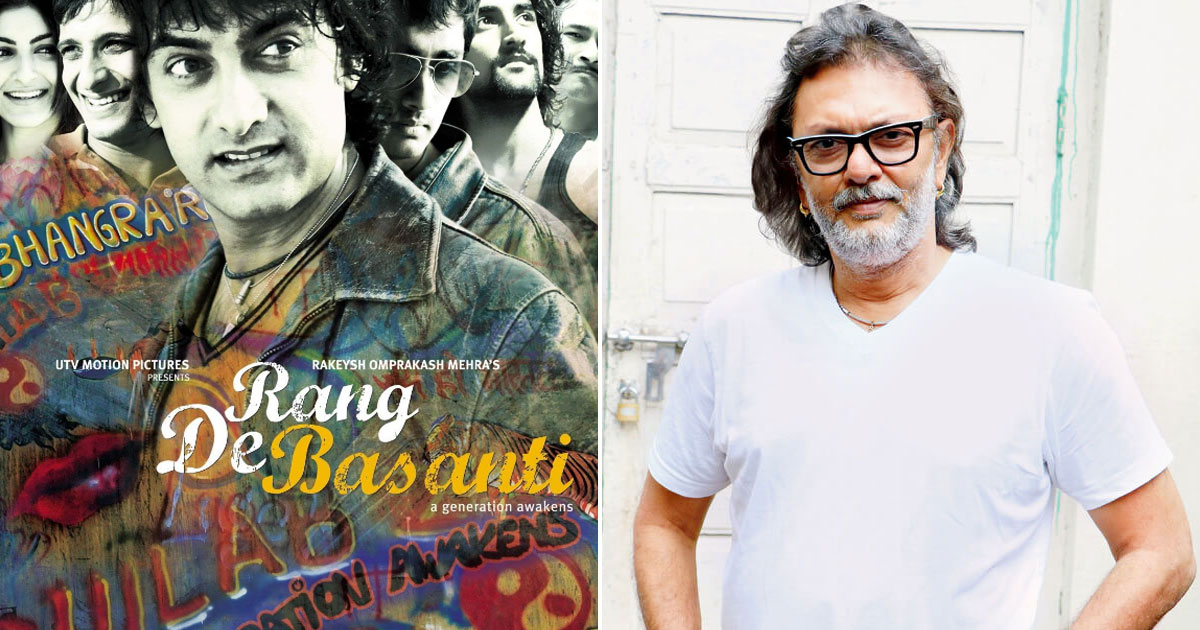 Read on to know what Mehra has to say about the film that holds cult status currently.

“RDB has grown more than a film. Even when it was released, it had a huge impact, not just to cinema goers but to the collective consciousness of the nation. The film has remained young and evergreen and I don’t know how to describe it but it is a humbling experience to see your work remain relevant. #15YearsOfRDB,” Rakeysh Omprakash Mehra shared on Instagram.

In a separate post, he spoke about the soundtrack of the film composed by A R Rahman. “There are some songs you come across in your life that will make you emotional every time you listen to it. Mine happens to be Luka Chuppi. Whats your favourite song from Rang De Basanti’s album?” the filmmaker wrote.

Mehra also shared a video of legendary singer Lata Mangeshkar recording the song Luka chuppi along with composer AR Rahman. The song, narrating the pain of a mother who has lost her son, was penned by lyricist Prasoon Joshi.

Comments on his posts, netizens responded saying how the film, still relevant in the present time, holds a very special place in all their hearts. “Sir the whole album and movie has become a part of our lives now. They are going to stay relevant for years to come. Thanks for giving us this gem,” commented a user. Another responded, “A revolution of its own.” A third wrote, “Rang De Basanti is an emotion.” While another posted, “”It is one of the best films of our time sir, thank you for giving us this gem.”

Must Read: When Varun Dhawan Opened Up About Natasha Dalal To Kareena Kapoor Khan “I Saw Her & I Felt Like…”