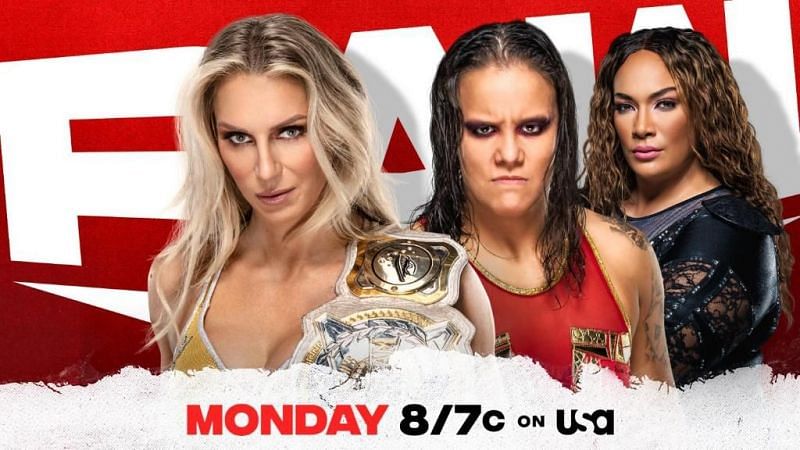 At the WWE Royal Rumble, Charlotte Flair will try to win back-to-back Rumble matches. However, before she can, she faces a roadblock against the very woman she eliminated to win last year’s match, Shayna Baszler, on WWE RAW.

This matchup was confirmed earlier today on social media, and WWE teases that the issues between Flair and Lacey Evans will loom heavy going into this match. Here is an excerpt from WWE.com…

With an apparent budding relationship between her father and Lacey Evans looming over her and Royal Rumble only a week away, Charlotte Flair likely has plenty on her mind.

The Queen will have yet another massive challenge to tackle this Monday night as she squares off with Shayna Baszler, pitting the final two competitors of last year’s Royal Rumble Match against each other.

One-half of the WWE Women’s Tag Team Champions, Flair sent the rival Lacey Evans a resounding message with an impressive victory over Peyton Royce. Now she’ll face another fellow entrant in the Royal Rumble Match in The Queen of Spades, who will be accompanied by tag team partner Nia Jax — also in the Rumble. With both focused on winning the Rumble, Baszler and Jax were at odds with one another last week.

Does a victory for Baszler give her and Nia Jax another shot at the WWE Women’s Tag Team titles?

Even if Evans doesn’t get involved in tomorrow’s matchup, Baszler is scheduled to have Nia Jax at ringside during this one on one encounter.

With Asuka busy on the same show, it most likely leaves Flair on her own in a match that could determine whether they will defend the WWE Women’s Tag Team Championships against Jax and Baszler at the Royal Rumble.

As of this writing, there are three matches currently announced for WWE RAW. Beyond Flair and Baszler, these matches are also scheduled…

What match are you most excited to see tomorrow night on WWE Monday Night RAW? Do you think Shayna Baszler will pick up a big win against Charlotte Flair? Let us know by sounding off in the comments section below.