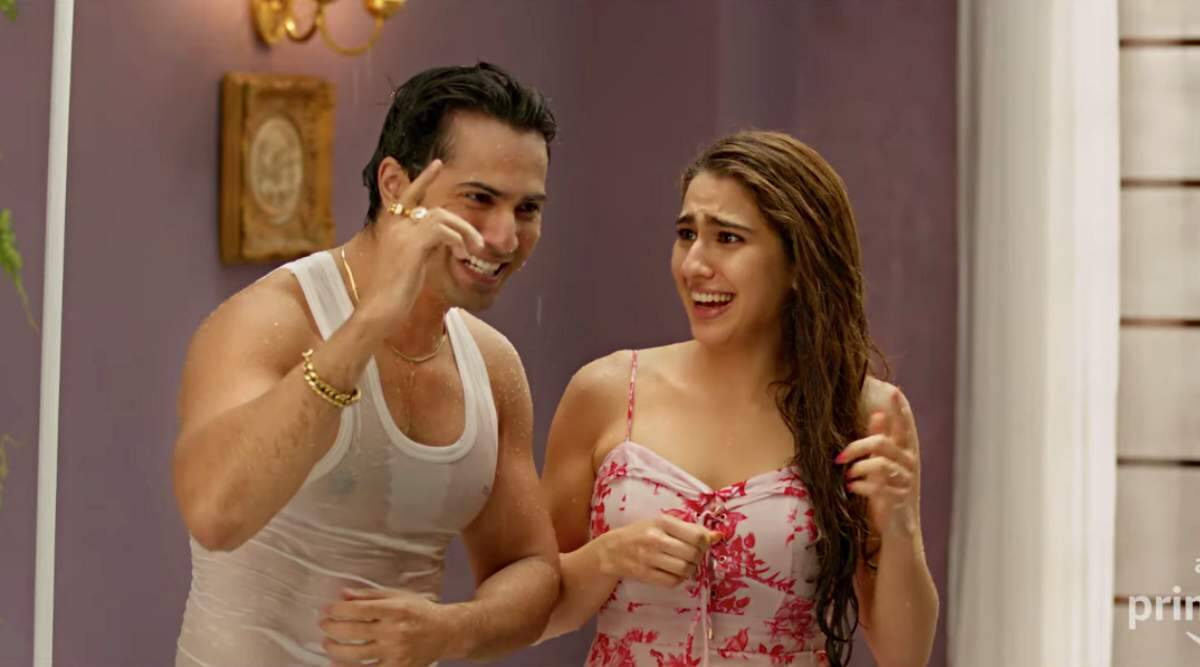 The trailer starts off with the introduction of Varun Dhawan’s character as a rich man who owns Asia’s biggest port and Burj Khalifa. But we already know he is a Coolie trying to fool a rich man (Paresh Rawal) who has insulted his friend. Next, we are introduced to a bikini-clad Sara Ali Khan who is only seen dancing with Dhawan. Then, we finally we meet the ‘judwaa’ brother of Dhawan, played by Dhawan himself, who is street smart.

Watch the trailer of Coolie No 1 here:

In 1995, David Dhawan made the same film with superstars Govinda, Karisma Kapoor, Kader Khan and Sadashiv Amrapurkar. Back then, Govinda and Kader Khan’s perfect comic timing and Kapoor’s innocent demeanour worked in favour of the film making it a huge hit. But, after watching the trailer of the remake, I am still wondering why the filmmaker decided to recreate the film. Also, nobody can do Govinda better than Govinda and Varun Dhawan trying to imitate him is a big put off.

Though we are familiar with the plot of Coolie No. 1, we hope there’s more to the remake than what the trailer suggests. While releasing the trailer, Varun Dhawan promised, “45 times the fun, action, romance and dhamaal” in Coolie No.1.

Coolie No 1 has been produced by Pooja Entertainment. It was previously eyeing a theatrical release on May 1, 2020. But, owing to the coronavirus pandemic and the subsequent shutting down of cinema halls, the movie will now premiere on Amazon Prime Video on December 25, 2020.

RELATED:  Kunal Kemmu on whether OTTs are more democratic than films: It’s too early to pass a judgment, add a ‘so far’ to it