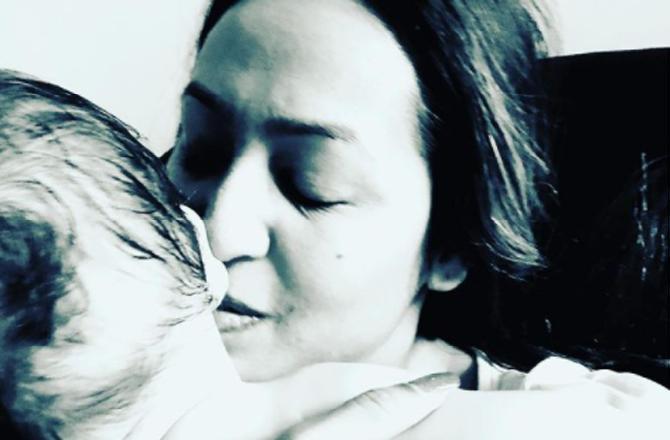 Things have not been well between Govinda and Krushna Abhishek for a long time now. A small joke about how he has kept the veteran actor as his uncle wasn’t received well and the coldness in the relationship was only affirmed by Abhishek’s absence from the show when the Hero No. 1 star was the guest recently.

He even spoke about the same and stated that it was his decision to not perform on that episode. And now, his wife Kashmera Shah has taken to her Instagram account and shared a picture with her child and wrote a long note on motherhood. And the question that has been raised is that was this a cryptic post?

Govinda, from his side, issued an official statement and this is what he had to say, “I am utterly sad to release this media statement, but I strongly believe that its high time that the truth must come out. I read the news on the front page of a leading daily about my nephew Krushna Abhishek not performing on a popular television show as I was invited as a guest there. He chose to opt-out as he had some reservations.”

Also Read: Krushna Abhishek On Govinda: I Had A Strong Relationship With Him, The Enmity Has Affected Me Badly

He continued, “I do not understand why is this slander being done repetitively and what is it that they are gaining from the same. My relationship with Krushna was very strong since the time he was a small child. My adulation for him was unparalleled and my family and people from the industry are a witness to the same. I strongly believe that washing dirty linen in public is an indication of insecurity and allows outsiders to take advantage of a family’s misunderstandings.”

Also Read: Kashmera Shah On Sambhavna Seth: Can’t Believe A Few Of The Hospitals Didn’t Allow Her In