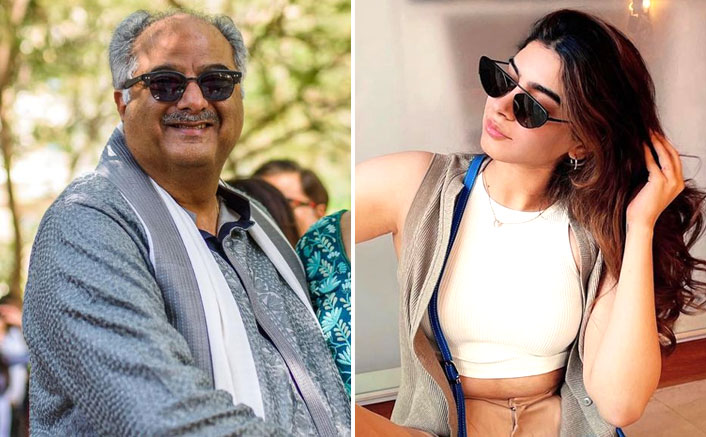 Janhvi Kapoor made her entry into Bollywood with Dhadak. The Karan Johar production starred her alongside Ishaan Khatter. The film was a success at the box office and it did give the debutante a validation as an actor. Now, 3 years down the line, it is Sridevi’s younger daughter Khushi Kapoor who is all set to make her debut. And it is none other than Boney Kapoor who has confirmed the news.

For a long time now, fans have been noticing hints let out by Khushi. Just to recap, she was recently indulged in a photoshoot. That may have been for her portfolio. Just not that, the star kid also made her Instagram account public recently. Ring any bells?

Boney Kapoor in a conversation with Times Of India has confirmed Khushi Kapoor’s entry into Bollywood. He said, “Yes, Khushi is also keen on acting. You will hear an announcement soon.” However, the filmmaker confirmed that it is not him who will be launching his daughter in Bollywood.

Listing down the reason, Boney Kapoor said, “I have the resources, but I would rather have someone else launch her because I am her father and one tends to get indulgent. You can’t afford to do that as a filmmaker and nor is it good for the actor. Anil (brother Anil Kapoor) was still an established actor, so it didn’t affect him much, but I think I became an indulgent brother with Sanjay (Sanjay Kapoor) when he made his entry into films.”

For the unversed, Sanjay Kapoor was launched in 1995 by Boney opposite Tabu. According to the Mr India maker, that went against his brother.

“I think it may have gone against him. I am glad he is doing some amazing work in the OTT space now. He’s playing interesting characters that he truly deserves to portray and can do justice to. Likewise, I would want Khushi to find her own footing. She will be launched by someone I respect and someone I feel secure and safe about,” said Boney.

Even Janhvi Kapoor and Arjun Kapoor made their grand debut in Bollywood but none of them happened through Boney Kapoor.