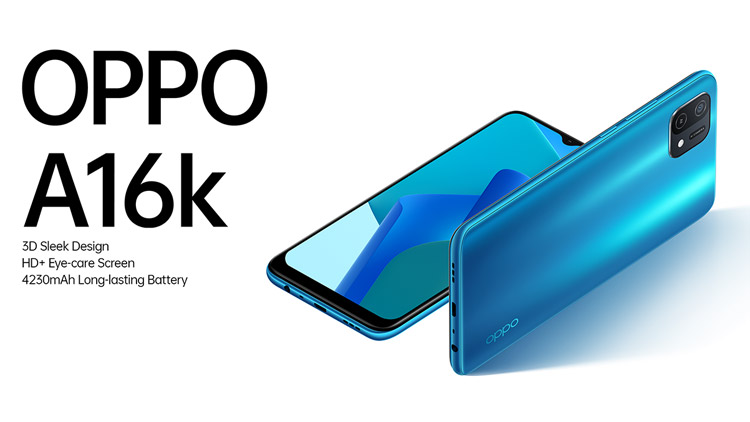 The Oppo A16K is rumored to feature a 6.52-inch HD+ display and MediaTek Helio G35 SoC.

Following the details shared by a tipster, the Oppo A16K is said to launch in the coming weeks. Although the smartphone is still to be officially introduced by Oppo, the latest leaks suggest that it will be launched in the coming few weeks of January. The Oppo A16K is set to launch in India with a MediaTek SoC as its chipset. The phone is also leaked to have a 6.52-inch HD+ waterdrop display.

As seen from the Philippines store, the smartphone is priced at PHP 6,999 (approx. Rs. 10,350). The phone could be launched at a similar price point in India.

In line to a report made by 91Mobiles by tipster Mukul Sharma, the phone will house an octa-core MediaTek Helio G35 SoC, paired with 3GB of RAM and 32GB of storage in India. It is also said to have a 4230 mAh battery with up to 10W fast charge via a USB-C plug. It is also equipped with a 6.52-inch HD+ screen with a water drop type for the front camera.

In terms of the rear camera modules, the Oppo A16K comes with a 13-megapixel primary camera, along with an 8-megapixel secondary lens. The cameras also feature night filters and improved AI for photo/video capturing.

The phone also comes with a power saver mode and optimised charging at night. The selfie camera specs are still unknown for now. In terms of connectivity, the smartphone sports a 3.5mm headphone jack, dual-band Wi-Fi, and Bluetooth 5.0. It is also said to run ColorOS 11.1 based on Android 11.

The Oppo A16K already launched in the Philippines with the same specs as leaked. This hints that the Indian model would be the same as its Philippines counterpart.