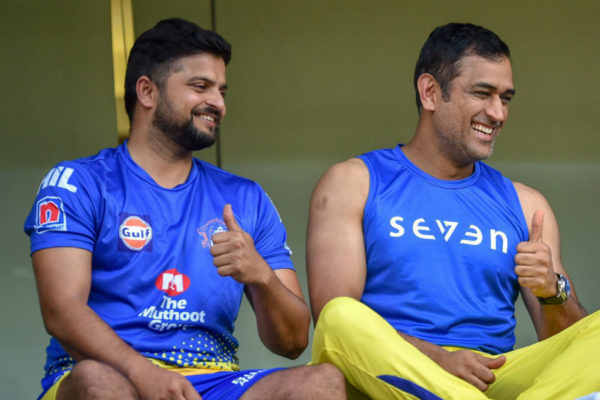 Chennai Super Kings might just release Suresh Raina among several other key players as they are all set to submit the retention list of players ahead of IPL 2021. The BCCI sent a mail to all the franchise owners asking them to finalise the list of players they want to retain ahead of IPL 2021 by January 20. Indian players who don’t have a contract and wish to be a part of the auction will need to fill the player auction agreement and submit it online on February 4 by 5 pm

Meanwhile, As per a report in Insidesport, CSK is not very sure about retaining their highest run-scorer. Speaking to the website, a source said that Raina’s price of Rs 11 crore may be a bit too much for the franchise to bear.

CSK Looking Ahead of Suresh Raina

“CSK has to take a big call on Raina. No doubt he has contributed a lot to the CSK’s success in the past. As the team is revamping itself to pay or block 11Cr from 85 Cr total pay-purse is something which may pinch the yellow army. That is the reason they are deliberating hard on the same”, said one of the source close to the CSK think-tank.

Raina over the years is one of the highest-paid cricketer in IPL. Overall Raina has earned 88.9 crores till date according to IPL Moneyball. Currently MS Dhoni, Rohit Sharma & Virat Kohli are the only cricketers in 100 Cr Club. If Raina gets IPL 2021 contract with CSK or anyone else he can become the 4th Cricketer overall to join the 100 Cr club.

As per reports in Cricbuzz, CSK is set to release Piyush Chawla after buying him ahead of IPL 2020. It is also certain that the team will leave out Murali Vijay (INR 2 crore). The team also will have to find a replacement for Shane Watson (INR 2 crore), who has announced his retirement last year.

There is also a strong rumour about Kedar Jadhav (INR 7.8 crore) but the CSK management want to speak to skipper MS Dhoni before confirming the decision.