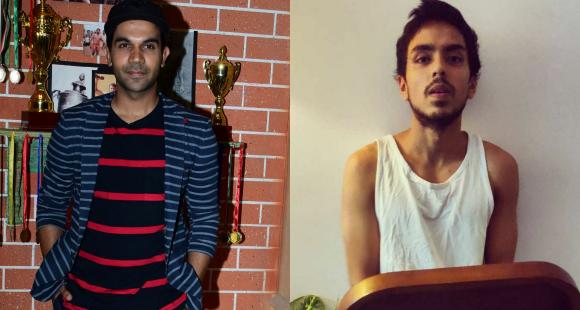 In a recent interview, Rajkummar Rao has spoken about his experience working with The White Tiger team. He has praised the young actor Adarsh Gourav for his dedication towards his work.

Rajkummar Rao heaps praise on The White Tiger’s Adarsh Gourav; Calls him ‘dedicated’ on and off sets

Rajkummar Rao and Priyanka Chopra Jonas collaborated for the first time for their latest release, Netflix’s The White Tiger. It has been helmed by Ramin Bahrani and it is based on Aravind Adiga”s book of the same name.  Apart from Rajkummar and PeeCee, the film stars young actor Adarsh Gourav in the lead role of Balram Halwai. Now recently, while speaking with India Today, Rajkummar has heaped praise on the young actor Adarsh. The Newton actor said that Adarsh is extremely dedicated towards his work on and off sets.

Talking about Adarsh, Rajkummar said, “With PC, we all know her talent. Adarsh, playing Balram, is so dedicated. The way he functions on sets and off sets. They are the kind of actors I like to work with.” He further explained that both Priyanka and Adarsh are very passionate about their job and whatever they do. He also said that these kinds of actors inspire him on sets. “It’s a great synergy as everybody is working towards making a wonderful film. And that’s what we want out of a team,” Rajkummar added.

Rajkummar Rao, who played the role of Ashok in The White Tiger, has also spoken about his experience of working with the director of the film, Ramin Bahrani. He said that when he met Ramin, he felt an instant connection happened between them. “I instantly liked him, his energy, and his aura. The way we talked about cinema. The way he spoke about the film,” the actor added.

Later, they had some reading sessions and he immediately liked him. He thought that if he gets a chance to work on this film with Ramin then it would be a great experience for him. And that’s exactly what happened, he has learnt a lot on the sets. Rajkummar finally concluded by saying that it is one of the best experiences of his career till now.

Also Read: The White Tiger: Here’s what Twitterati has to say about the Priyanka Chopra & Rajkummar Rao starrer