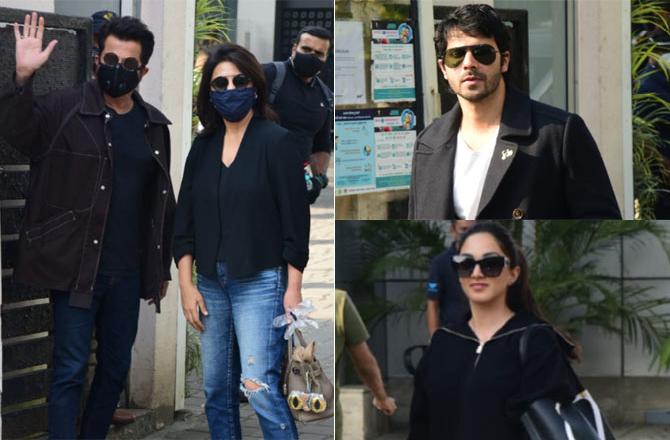 The shooting schedule of the film Jug Jugg Jeeyo has been wrapped up in the city. The film stars Anil Kapoor, Neetu Kapoor, Varun Dhawan and Kiara Advani and YouTuber Prajakta Koli. “And that’s a schedule wrap!! What a ride! Have done many outdoor shoots but this one will be etched in the memory forever. A big thank you to each and every member of the crew. And of course, like I always say, the core of a film unit…the direction team! Blessed with another brilliant one! Cannot wait to get back for the next sched!!” director Raj Mehta shared on Instagram.

The film had an eventful stint in the city. The shooting had to be temporarily halted after actors Neetu Kapoor, Varun Dhawan and director Raj Mehta tested Covid positive. Shoot resumed after the actors and filmmakers recovered. On a happier note, Anil Kapoor celebrated his 64th birthday on the set on December 24. The next schedule of the film is expected to begin soon.