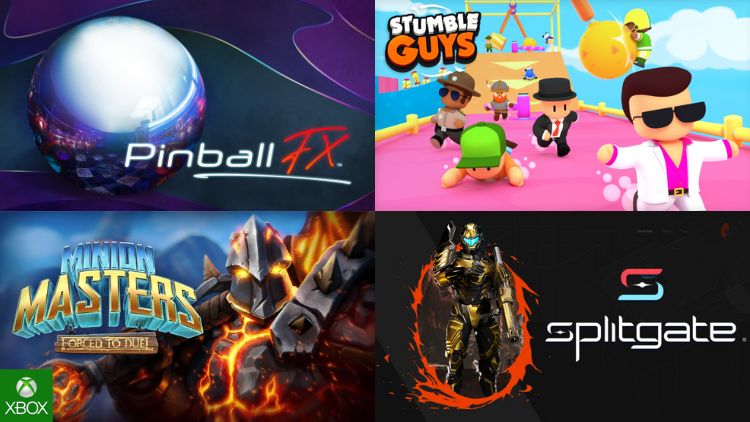 Are you bored of the same free battle royales and competitive shooters and looking for some different and unusual FREE casual games to play when you have free time? If that’s the case then here is a list of games for you. These are some of the most fun and simple casual games that you find on the internet. In this list you will find some awesome single player games to play and also some multiplayer games so you can have a good time with your friends.

Do you remember the good old Pinball 3D game we used to play back in all windows versions? Yes! This is quite similar to that but Pinball FX has a lot more advanced features. First of all you have multiplayer which lets you play with other friends and also you can build your own game room with different types of pinball boards for example a Jurassic Park themed pinball board. This is actually quite a new game which was released about two months ago. These types of simulation games are not for everyone but this game brings a lot of childhood memories.

Space Punks is a top-down looter shooter style action RPG game which was released about a couple of months ago. In this game you can play either single player or you can play with your friends as a core and also there’s regular multiplayer as well which is always a nice addition. The game lets you team up with three of your friends and your main objective is to fly across the galaxy and fight against different aliens and harvest their loot and become the ultimate galactic badass. The game is currently on early access on Epic Games store and you can join the open beta right now so definitely give it a try if you’re into these types of games.

If you’re looking for a free-to-play casual battle royale game, then this is definitely the one for you. In this game you can play either solo or you can play with your friends as a squad like in most battle royale games but here there is no battle bus or a plane that you’re dropping down, instead we have a train that runs across the map which is awesome to drop in. The graphic style and the physics of this game are very simple, goofy and fun to play on. It’s a fun battle royale game that you should definitely try out if you are tired of Fortnite, PUBG, Apex Legends or COD.

If you want to play Fall Guys but have or want to spend money then you are definitely gonna love this game. Stumble Guys is a Fall Guys inspired battle royale style clone game which lets you play with up to 32 other players. You can call this game Free Fall Guys. This game has simple graphics and very good map design compared to most of the other alternatives of Fall Guys. The system requirements are very low and friendly and this game is also available on PC, Android and iOS as well.

Trackmania is a simple casual racing experience. It is a free-to-play racing franchise which is developed by Ubisoft. In this game you can play with your friends in multiplayer or you can play as a solo with highly skilled AI drivers. You can drive in third person or first person perspective. It has over 40 official tracks and it’s also been continuously updated with the free starter access pack. Trackmania also allows you to create your own track. You can get the full racing experience in Trackmania.

It’s a very casual and simple first person shooter game with very simple game mechanics. You can definitely play this game solo but it is highly recommended to try it out with some friends. In this game you can host your own servers and invite a bunch of your friends. The system requirements are also very low so you have no issues running this game on any type of low-end computer so give it a try.

If you’re into strategy based card games then Minion Masters is definitely the one you should try out. This is a fast-paced, highly addictive 1v1 tower defense game. Even though it says 1v1 you can definitely bring a friend and play 2v2 so you can definitely play co-op and also in single player. It’s a very unique strategy game and you can also collect up to 200 plus playable cards. You can also play this game on a low end computer without any issues so give it a try if you’re into these type of games.

Among Us is one of the most popular casual games to release in the last couple of years and now we have a free-to-play alternative for the PC players. Goose Goose Duck it’s a casual, social game with extremely similar features to Among Us but it’s actually a lot better because it has proximity voice chat which means you don’t need Discord or any other third party app to talk with your friends or team and ity has all new tasks for the non imposter crew members so if you are bored with the ones in among Us then this will be a refresher for you. It’s a game that you can play on any kind of computer and also it has a very small download size so team up with some of your friends and invite them to your lobby and have a good time.

Ok so this one is not completely free as the full game is not even out yet and is scheduled for 2023, but you can get a free demo of the game and play it now. Anger Foot is a lightning-fast action FPS where the only things harder than your ass-kicking feet are the ass-kicking beats. In this game you have certain levels to beat and all you gotta do is take out your enemies and move on to the next level. The main weapon of choice is definitely your foot but along the way you will find SMG’s, pistols and shotguns and all the other good melee weapons.