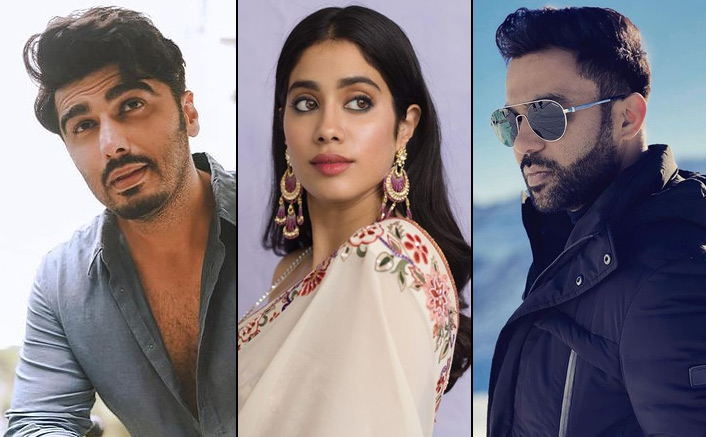 Earlier in 2020, Ali Abbas Zafar had announced that he will be coming up with his own Mr India trilogy. The idea didn’t go well with original Mr India’s director Shekhar Kapur who protested it openly on the social media. Now as 2021 has begun, Ali is back on the project.

The filmmaker who is currently prepping up for the release of his first OTT show Tandav opened up about the same during an interview.

The original Mr India had Sridevi in lead alongside Anil Kapoor. The late actress’ daughter Janhvi Kapoor is one of the fresh faces of Bollywood now. During an interaction with Times Of India, Ali Abbas Zafar was asked if he will have Janhvi playing the lead role in his trilogy.

Speaking about the same he said that producer Boney Kapoor ‘will be really happy if that happens’.

He was also asked if Boney’s son Arjun Kapoor will play the title role in the film. Replying to which, Ali said that they haven’t finalised the cast yet.

Talking more about the trilogy he said, “It will be a collaboration between Boney Kapoor and Zee. We shall be shooting in India and abroad as well. A large part of it will be on the sets as it will be very heavy on special effects. But, it has got nothing to do with Anil Kapoor’s Mr India; it’s a new sci-fi film, with a big budget and high production values. We want to create characters like the Avengers. This Mr India will be of international standards.”

Are you excited for this one?

Meanwhile, Ali Abbas Zafar on Tuesday introduced his social media followers to his wife Alicia, with a photo on Instagram.

Along with the picture that captures Zafar with Alicia, he wrote: “1,400 years ago Imam Ali said to Fatimah Al-Zahra’s, all my worries and sadness disappears when I look at your face, I feel the same Alicia Zafar. Mine for life.”

In a separate post, the filmmaker shared a family photo with his wife and parents. “Welcome to the Family,” he wrote.