Home EntertainmentBollywood Maheep Kapoor shares a throwback video from Miss India 1993, where she was a finalist. Watch

Maheep Kapoor shares a throwback video from Miss India 1993, where she was a finalist. Watch 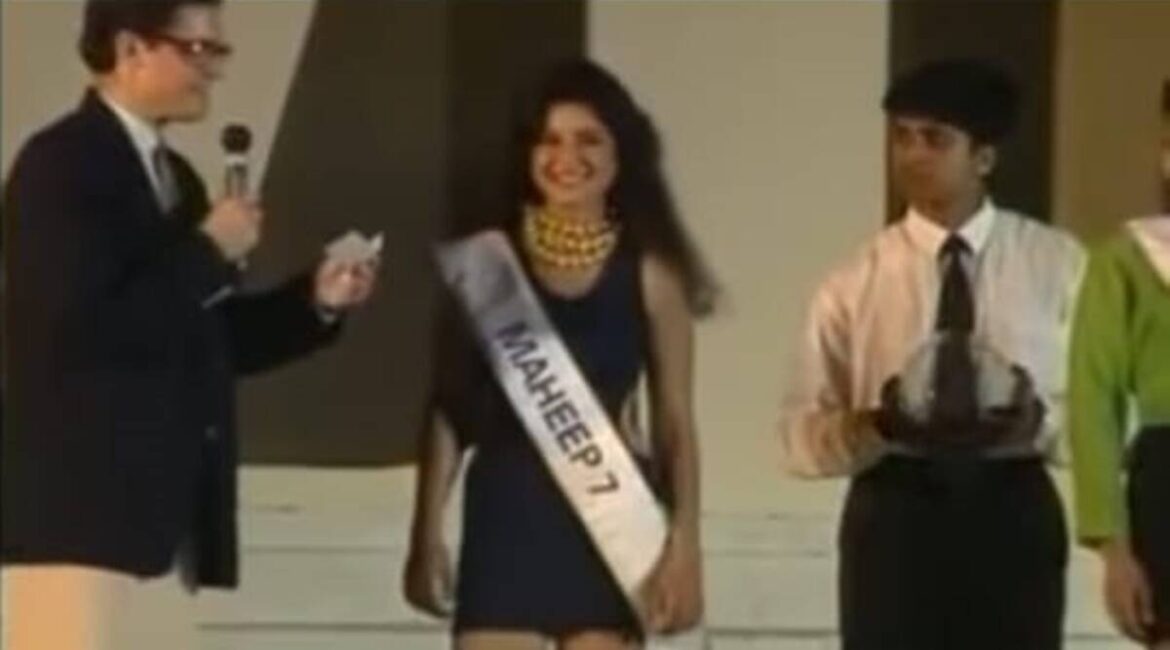 Maheep Kapoor on Wednesday shared an amusing throwback video of Miss India 1993 contest, where she emerged as one of the finalists. The video shows her making to the Q&A round where she shares the stage with four other finalists, including actors Namrata Shirodkar and Pooja Batra.

The five minute-long video shows the host asking the finalists one question each. Maheep, seen in a pretty LBD, is asked how she would react if in a live fashion show, she is walking down the ramp and discovers a “creepy crawly” inside her dress. The former model-actor replies, “I would shake it off and walk on.” Maheep captioned the video, writing, “Miss india 1993 #Finalist #AnotherLifeTimeAgo.“

Maheep received many responses from fans in the comments section. While some praised her look for the Miss India finals, a few pointed out the absurdity of questions asked to the contestants. Maheep’s friend Malaika Arora gushed over the video and wrote, “Moheeepssssss, u still shake it n walk on, woman.”

Namrata Shirodkar was eventually crowned the winner of Miss India 1993.

Maheep was a known model in late ’80s-early 90’s. She even acted in a short film before getting married to then boyfriend Sanjay Kapoor in 1998. The couple has two kids — Shanaya and Jahaan Kapoor. Shanaya is now prepping for her big Bollywood debut with a Karan Johar production.

Maheep Kapoor is gearing up for the second season of Netflix’s reality series, The Fabulous Lives of Bollywood Wives, co-starring her close friends Neelam Kothari Soni, Seema Khan and Bhavna Panday. The inaugural season, produced by Johar, premiered last November. The follow up will arrive later this year.