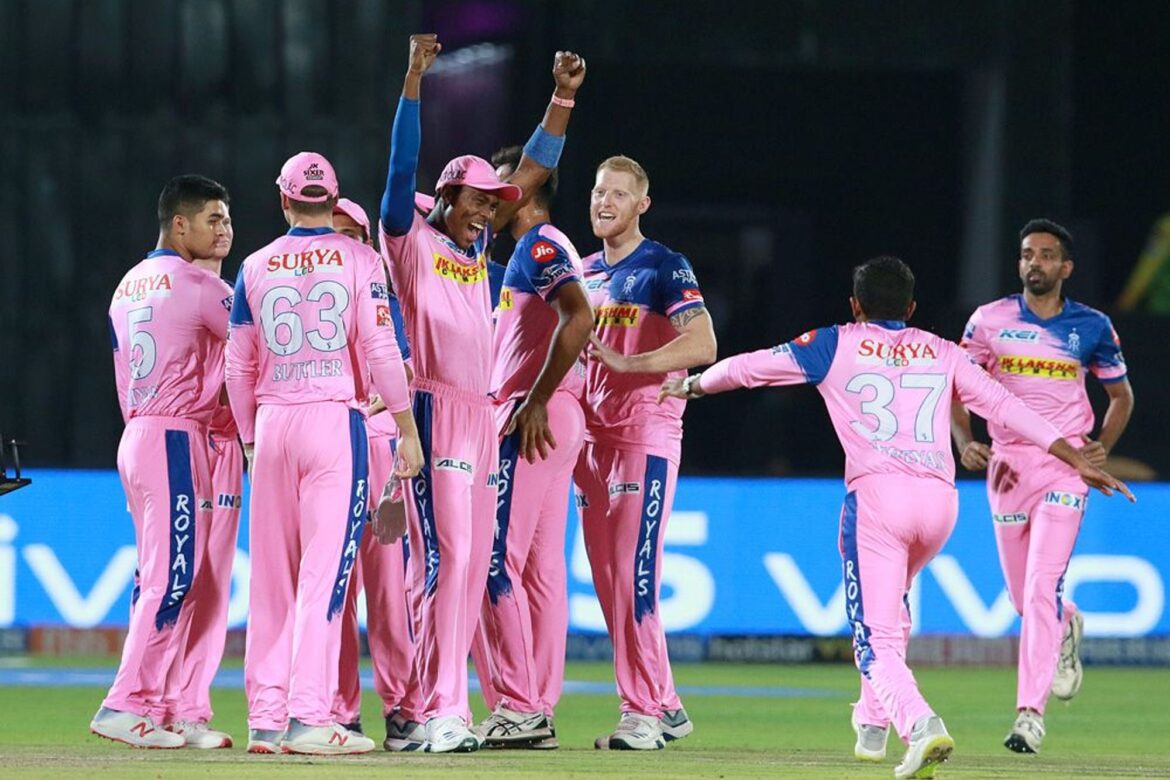 Rajasthan Royals (RR) had a horrific IPL 2020 campaign as they finished on bottom of the group stage. Rajasthan have made several changes to their squad, as they designated Sanju Samson as their new captain. Steve Smith, captain of the franchise in the 2020 season was released by the franchise. Kumar Sangakkara was appointed as the new director of Rajasthan Royals.

Rajasthan Royals brought in Chris Morris for a whooping amount of Rs. 16.25 crore, making him the biggest ever buy at the auction. Mustafizur Rahman, Bangladesh pacer was another overseas player bought by the Royals.

Jos Butler did not have a great IPL 2020 season as per his high standards. The English batsman managed to score 328 runs in his 13 matches at average of just above 32. He was pushed to the number five spot after opening the innings in the initial part of the season. However, Butler will open the batting for Rajasthan Royals in the 2021 season.

Yashasvi Jaiswal did not have a great start to his IPL career. The left-hander played just three matches last season, scoring 40 runs. The Royals retained the young batsman and will give him another opportunity this season to prove his worth.

Sanju Samson, the newly appointed RR captain will come in at number three. Samson had a great start to the IPL season last year, but lost his form after towards the second half. He managed to score 375 runs in his 14 innings at an average of 28.84.

Ben Stokes played only eight matches for RR last season as he had stay back home due to personal reasons. Stokes scored 285 runs in his eight matches at an average of just over 40. Stokes did not have a great time with the ball as he picked up just two wickets, conceding runs at an economy of over 10.

Riyan Parag could manage to score just 86 runs in his 12 innings last year at an average of just over 12. He will come in at number five, and will hope to grab the opportunities presented to him.

Shivam Dube was released by Royal Challengers Bangalore ahead of the IPL 2021 auction, and was picked by Rajasthan Royals. The all-rounder is a useful player to have in the squad, given that he can be handy with both bat and ball. Dube scored 129 runs last season, picking up four wickets at an average of 18.25.

Rahul Tewatia was one of the best players for Rajasthan Royals last season. His heroics against Punjab, where he smashed five sixes in an over off Sheldon Cottrell’s bowling is one of the highlights of the previous season. The all-rounder scored 255 runs and picked up 10 wickets at an average of 32.60.

Chris Morris was purchased by RR in the auction as they desperately needed an overseas bowler who could form a bowling partnership with Jofra Archer. Morris picked up 11 wickets for RCB last season in only 9 matches at an average of 19.09.

Jofra Archer picked up 20 wickets last season, is a major doubt for this season following a hand surgery

Rajasthan Royals (RR) have been struck with a huge blow ahead of the IPL 2021 season as Jofra Archer underwent a surgery on his hand and is a doubt for the upcoming season. However, the Royals signed Mustafizur Rahman in the auction last month, who can be drafted in the playing eleven. Although, not as effective with the new ball as Jofra Archer, Rahman can be an useful option towards the end of the innings with his prowess in the death overs. The Bangladeshi bowler was a vital part of SRH’s IPL winning campaign in 2016, picking up 17 wickets in his 16 outings for the franchise.

Kartik Tyagi fared well in his debut IPL season last year. The young Indian pacer picked up 9 wickets in his 10 outings at an average of 40.77. He is expected to be chosen over Jaydev Unadkat for place in the starting eleven.

Shreyas Gopal did not have his best IPL campaign last year, picking up just 10 wickets in his 14 outings. His economy was on the higher side too, as he conceded runs at an economy of 8.54. Gopal still continues to remain RR’s first choice spinner and will hope to do well this year.