Home General Sculpture Vanishes From German Mountain, Then Is Replaced

Sculpture Vanishes From German Mountain, Then Is Replaced 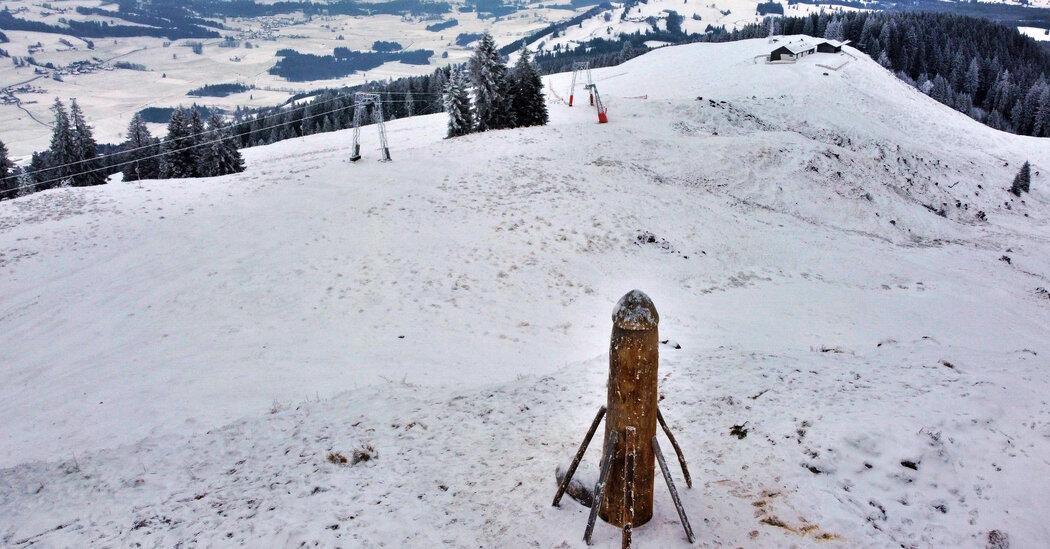 The police are investigating the disappearance of a seven-foot-tall wooden phallus that was removed from its post atop Grünten mountain in southern Bavaria last weekend, then just as mysteriously replaced on Thursday by a replica, evidently a bit larger than its predecessor.

The original sculpture was installed by persons unknown several years ago and had become a tourist destination for hikers.

Holger Stabik, a spokesman for the Bavaria police in Kempten, confirmed the investigation in a statement on Thursday. Mr. Stabik said the police had not yet been able to determine who was responsible for either statue. If the owner was responsible for the disappearance, then there was no crime, he said.

Mr. Stabik confirmed both accounts, seeming good-natured about all of the media attention. “Again, the police do not know who the owner is or who brought it up there,” he said.

In all, it has been a big month for randomly appearing and disappearing public art installations in Europe and the United States.

A 12-foot-tall metal monolith made headlines when it was discovered by the Utah Division of Wildlife Resources on Nov. 18 in a barren slot canyon in Utah’s Red Rock Country. The structure made news again when it was announced on Nov. 28 that it had been unceremoniously removed by four unknown men the day before.

The provenance of the Utah monolith, which bore a passing resemblance to one in the 1968 Stanley Kubrick film “2001: A Space Odyssey,” has been the subject of much speculation, but its creator and origins remain unclear. (It has also been a source of irritation for language purists who point out that “lith” means stone, not metal, in Latin, but Mr. Kubrick’s monolith was not made of stone either.)

A Romanian news site reported on Nov. 27 that a piece of metal similar in size and appearance to the one in Utah had been found near an archaeological site in northeastern Romania. And The Atascadero News reported that a shiny metal monolith was discovered atop Atascadero’s Pine Mountain by hikers on Wednesday. It was removed on Friday and replaced with a cross by a group of men chanting, “Christ is king!”

As for the original Grünten wooden phallus, which sat more than 5,500 feet above sea level, it is unknown who created it or exactly when it was placed there.

“For four years, the statue stood there without getting too much attention,” said Jakob Neumann, a spokesman for Deutscher Alpenverein, a 150-year-old German alpine club. “For tourists a huge wooden phallus seems to be a nice photo motif, as you can check on Instagram.”

The statue had become a local icon, even inspiring a nearby brewery to craft a namesake tribute brew: the “Grünten-Zipferl.” The brewery debuted its new beer on Wednesday.

(Mr. Neumann helpfully explained that the word “Zipferl” is a variation on “a colloquial word for penis” that is “predominantly used in southern Germany and Austria.”)

“It seems the old penis won’t re-emerge,” Mr. Neumann said, given all of the chipped wood found by the authorities in the spot where the statue used to be.

“But,” he added, “apparently somebody already set up a new one.”