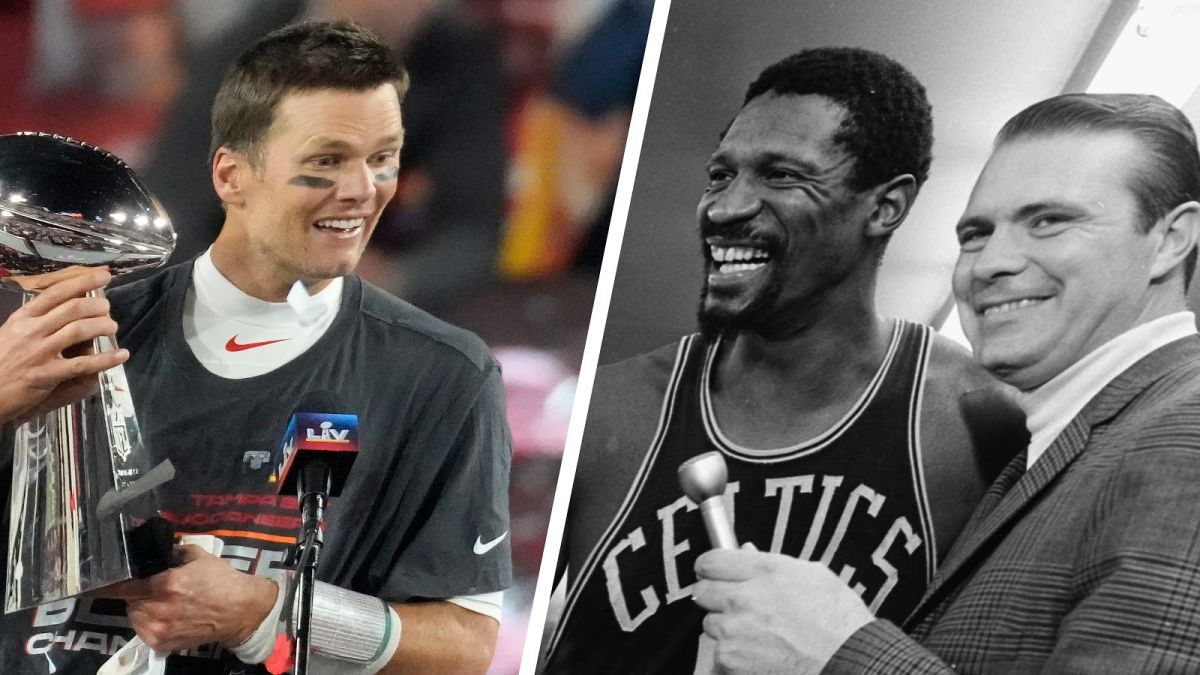 Tom Brady’s minions are at it again.

With Brady securing his seventh Super Bowl ring on Sunday after the Tampa Bay Buccaneers dismantled the Kansas City Chiefs in Super Bowl LV, they are out in full force trying to convince others that Brady is the Greatest Of All Time.

Their reasoning is just simple math.

Brady has the most Super Bowl rings so he is the best ever. Case closed.

They could not be more wrong.

If it were just a ring total, Bill Russell would be the best ever in the NBA.

With the Celtics, Russell won 11 NBA championships in 13 seasons.

By far, Russell won more than any player that ever played in the league.

Yet, few consider him the G.O.A.T. Most consider Michael Jordan, who was a perfect 6-0 in NBA Finals and won all six MVPs in the process.

And it’s fair because there has to be context and nitpicking when you want to crown someone the greatest.

The same goes for Brady.

Sure, Brady is a great player and, arguably, the most accomplished quarterback in the NFL. Most would concede that as fact.

Some could argue Brady has turned into the NFL’s Robert Horry who won seven rings in his NBA career. And honestly, a case could be made that Horry was more clutch. His nickname was “Big Shot Bob.”

Brady always seems to get all the credit, while others put in the work.

Anybody who watched the Super Bowl knows the story of the game was the Bucs defense, not Brady who threw for just 201 yards and three TDs.

The Bucs’ entire defense should have split the MVP trophy for holding Patrick Mahomes and the high-powered Chiefs offense to NO TDs in the 31-9 victory.

We’ve seen this movie before.

In two of Brady’s seven Super Bowl victories, the Messiah, as some see him, threw a grand total of one touchdown. Yep.

The Bucs’ entire defense should have split the MVP trophy for holding Patrick Mahomes and the high-powered Chiefs offense to NO TDs in the 31-9 victory.

In the Patriots’ 20-17 victory over the St. Louis Rams in Super Bowl XXXVI, Brady completed just 16 passes for 145 yards and a TD.

Somehow, Brady was named MVP. The real winner should have been the Patriots’ defense, which stopped the Rams’ Greatest Show on Turf offense.

In 2019, the Patriots beat the Los Angeles Rams, 13-3, in the lowest-scoring Super Bowl ever. Again, it was the defense which enabled Brady to win his sixth ring. In that game, Brady had NO touchdowns, an INT and a fumble. The MVP went to receiver Julian Edelman despite not catching a touchdown.

Sure, New England won both games, but Brady hardly had anything to do with them.

Joe Montana’s resume, on the other hand, is similar to Jordan’s. Both are just about flawless. That’s what makes many believe they are the GOATs in their sports.

Montana was 4-0 in the Super Bowl with the San Francisco 49ers, throwing 11 TDs and NO PICKS. He won the SB MVP three times — first player to accomplish that. He won two championships with Jerry Rice and two without.

Montana has the SB record for most passes (122) without an interception and the all-time highest passer rating at 127.8.

That’s the stuff of a person you consider the greatest to ever do it.

Not a player like Brady that often was along for the ride.

And don’t forget, Brady has lost three Super Bowls. He was beaten twice by Eli Manning and the New York Giants, including in 2008.

And don’t forget when Brady lost to Eagles backup QB Nicks Foles in the Super Bowl in 2018, Brady coughed up the ball on a fumble late that helped secure Philadelphia’s first Super Bowl victory.

We get it. The NFL is a quarterback league. The last eight league MVPs have all been quarterbacks. The QB gets too much blame for losing and too much credit for winning.

The latter, has really been the story of Brady’s career.

But in reality, Brady wouldn’t have so many rings without them.