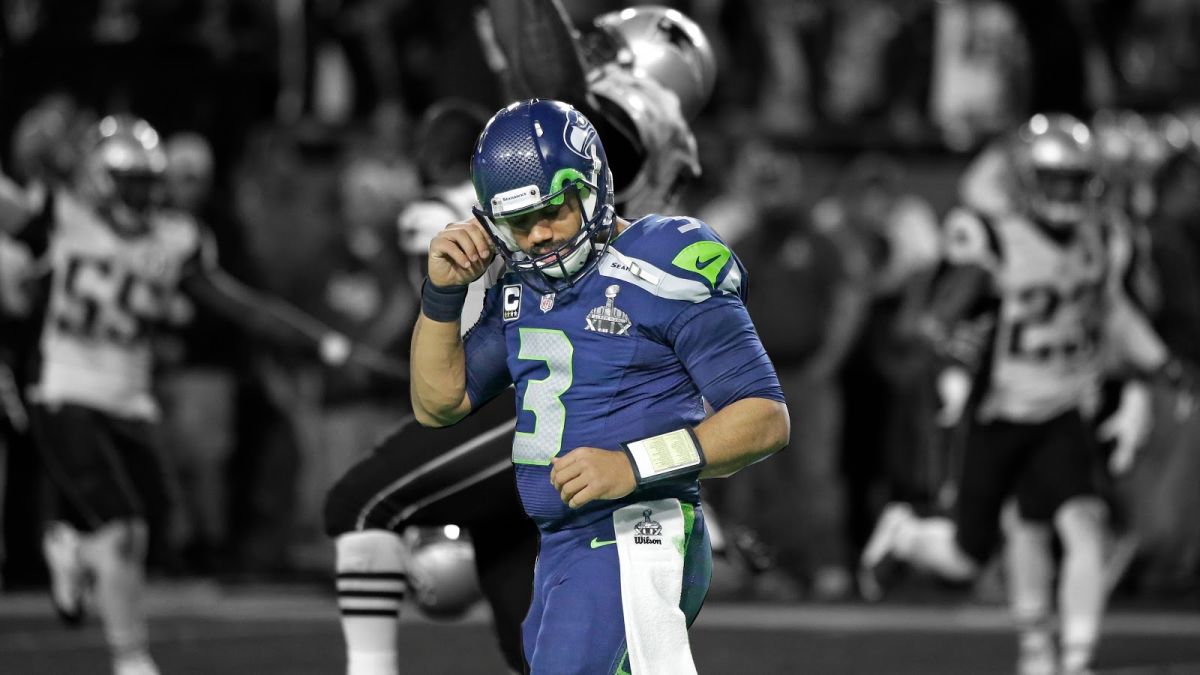 Everyone in Seattle seems a little too intent on saying what the situation isn’t. Russell Wilson isn’t asking for a trade. The Seahawks aren’t looking to trade him. Everything is fine, don’t mind us. But if…

You don’t say “But if…” unless “But if…” has actually been discussed. You don’t admit to looking around at other options unless you already are. It seems like just about everyone is doing what they can to hold onto leverage. We’re not saying, we’re just saying…

It seems so odd. The Seahawks aren’t a basketcase like Houston is, where another premier QB has decided he’s had enough. The Texans just went 4-12. The Seahawks won the division. It was their third-straight playoff berth. Their eighth in the last nine seasons. Maybe it doesn’t feel like they’ve been a genuine Super Bowl contender for a couple of years. But this is the NFL. If you’re around it, you basically are a contender.

And yet, here we are with both Wilson and the Seahawks looking a little too longingly at the bartender on date night.

So, why so? The story is Russell is a little fatigued about running for his life and getting hit, and he’s not too enamored with the play-calling. And this seems to be the crux of it. No team seems to suffer more from their play-calling decisions between run and pass than Seattle. They are still haunted from the dynasty they missed out on in 2015. And before you chortle, two straight Super Bowls means you’re a dynasty in the NFL. Just about everyone can manage to win one (except the team I root for, motherfuckers). Win two, and you live forever.

Still, to this day debate rages on whether Wilson should have just turned around and handed that ball to Marshawn Lynch. Ever since, it seems as though he’s been trying to justify that choice. And bristles when he can’t prove it. The Seahawks can’t seem to decide whether to placate him or admit they should have done something else by changing their approach. Every decision is still viewed through that prism.

Russell was miffed that for the last five games this year the Seahawks chose a more run-heavy approach. But they went 4-1. And then Wilson was ass in the playoff game against the Rams.

But on the other side, Wilson has been great the past few years, and maybe he’s been all that’s standing between the Seahawks and the abyss. While Wilson has been hit a lot, a good portion of that is the way he plays, extending things out and trying to make something happen. He’s also got to throw the ball more this year than ever. His 558 attempts was a personal best. How much more exactly is he looking for?

At the end of the day, both sides might want to ask how bad they have it. Three of the four teams (Cowboys, Saints, Raiders and Bears) Wilson has reportedly mentioned have serious issues. Does he really want to go to Dallas and be the subject of the whims of an utter madman? There’s two madmen in Vegas for him to twist under. The Bears…where do you even start? The Saints provide maybe the safest haven, but are they even interested?

As for the Seahawks, there’s no trade for a player like Wilson that’s anything more than 75 cents on the dollar. QBs like Wilson don’t just arrive. Three quarters of the league is still waiting for theirs. Only the Cowboys’ pick at 10 would even provide hope of finding another, and that would be not better than the third or fourth QB taken in the draft.

Both Wilson and the Seahawks have to ask if things are really that broken. Both might end up with serious regrets.

To the NHL, where Tom Wilson is back on his bullshit. His bullshit being a workplace hazard. The league refuses to deal with stuff like this:

It doesn’t look that bad, but that’s not the point. It’s ridiculously late, and could have ended up much worse because Jankowski can’t possibly expect to get hit this far from the puck. Wilson was only given a minor for this.

The NHL and its disciplinary system, if it even has one, has always been terrified of looking weak. Which is exactly how it ends up looking. The real “tough” play here would be to suspend Wilson for 40 games for repeat offenses. He’s never going to learn otherwise. But the NHL is terrified that its core fanbase would think it’s gone “soft.”

To be clear, there is nothing “tough” about Wilson’s hit here. It’s late, it’s basically from the blind-side. Jankowski can’t anticipate it. It’s basically a free shot, where Wilson knows that he won’t face a braced opponent. It’s just a different form of picking on the weak kid.

Wilson endangers everyone. It’s a complete lack of respect for a fellow professional. Until the NHL actually sets a baseline of discipline for dipshits like Wilson, they run the risk of him seriously hurting someone. NHL players sign up for a certain level of risk, and they know that. What they don’t sign up for is someone else needlessly putting their careers on the line.

But I won’t sit on a hot stove waiting for it.